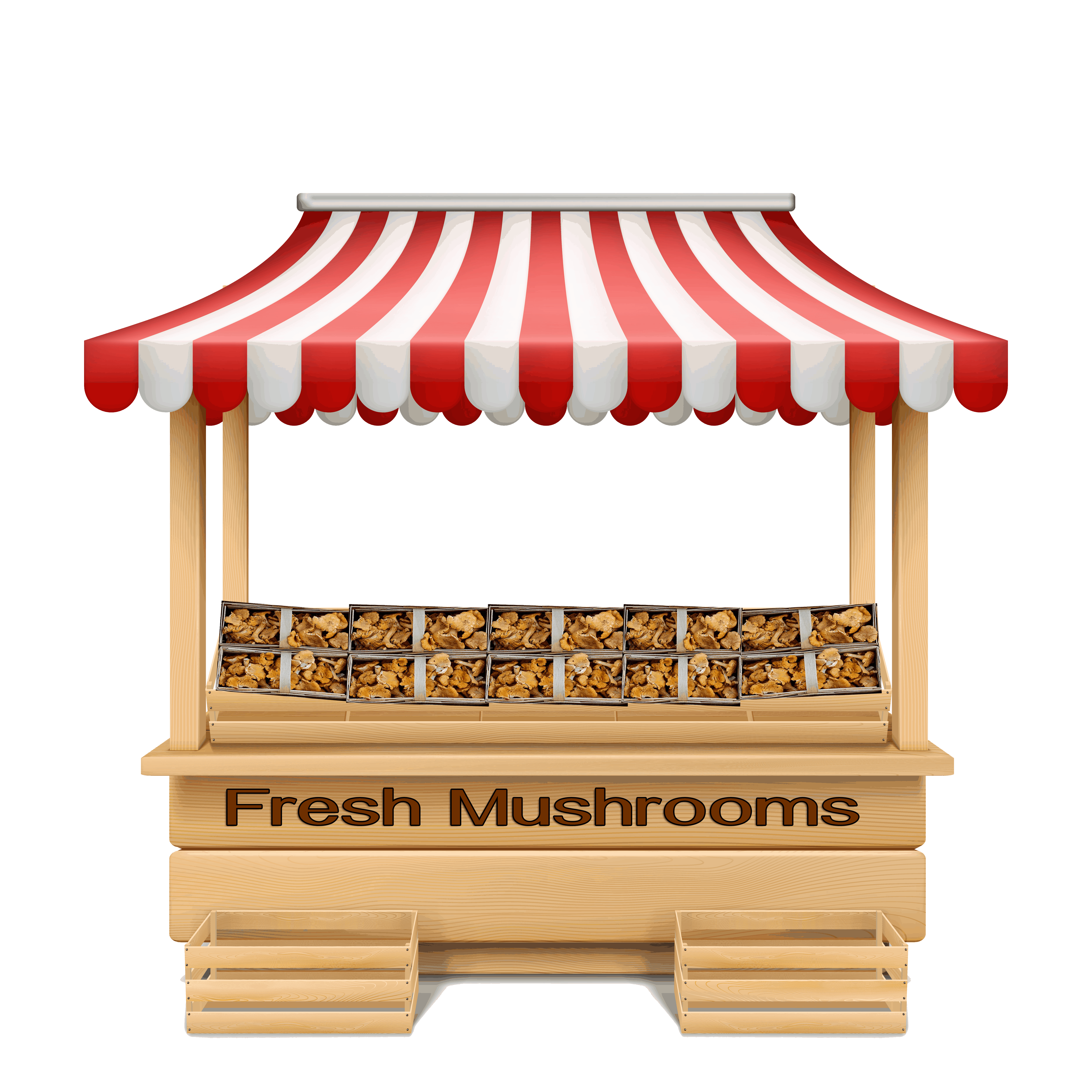 Mushrooms or fungi do not contain chlorophyll; they must feed on
plants or animal matter. Some mushrooms feed only on the dead matter
while others feed on living plants or animals, which they sometimes
harm or benefit. Mushrooms need a controlled environment with
appropriate humidity, light, temperature, ventilation, air pressure, pH
and nutrients. They also need a disease-free environment.

There are three different groups of mushrooms or fungi:

1. Saprophytes
Those Fungi or Mushrooms that feed on dead plants or
animals. Pleurotus Ostreatus or Hed Nangrom is an example of this
group. Saprophytes are useful as they help breakdown dead matter.
2. Parasites
Those Fungi or Mushrooms that feed on living plants or animals. Many
parasites damage and sometimes kill plants or animals they live on.
3. Symbiotic fungi
Symbiotic fungi grow on living plants, but do not damage them. The
fungus and plant help each other. Fly Agaric grows symbiotically with
birch or pine trees and its mycelium grows around the tree roots. The
tree provides the fungus needed sugar and the fungus gives the tree
nutrients it has broken down from dead leaves. This process allows
birch trees to survive in poor soil.
Mycelium living buried in soil or substrate, and mushroom (or fruit
body) which appears above ground or substrate, are made-up of tiny
thread-like tubes called “hyphae.” Mycelium is made of loosely arranged hyphae while mushroom is made of tightly packed hyphae.

Hyphae develop from spores that are produced in the gills of a
mushroom. Thousands of tiny pollen-like spores are produced in the
gills of a mushroom. When the spores are ripe, they are carried away by
the wind. The parent mushroom quickly decays. If a spore lands on a
suitable surface, it germinates to produce thread-like hyphae. There
are two types of spore, positive (+) and negative (-). A mushroom will
only form if hyphae from + and – spores join to form new hyphae
containing both types. If conditions are right (enough food and
moisture) this new hyphae grows and forms a tangled mass of threads.

Eventually, the mass of threads formed a “button” which begins to grow
out of the soil or substrate thus creating a mushroom.